Maryland Global Gala is an annual celebration of Maryland’s significant contribution to the world economy. It brings together our vibrant international business community to learn, sample food and drinks from Baltimore’s top international restaurants and breweries, experience multicultural entertainment, and network with leaders from across Maryland’s international community. The event is hosted by World Trade Center Institute (WTCI).

Baltimore Sister Cities had a booth at this event and several tables with delicious treats from our sister cities around the world. A big thanks to Nippon Motion for the special Japanese tea tasting at our tables!

See pictures from the event here:

Watch for this event to happen again in 2018! 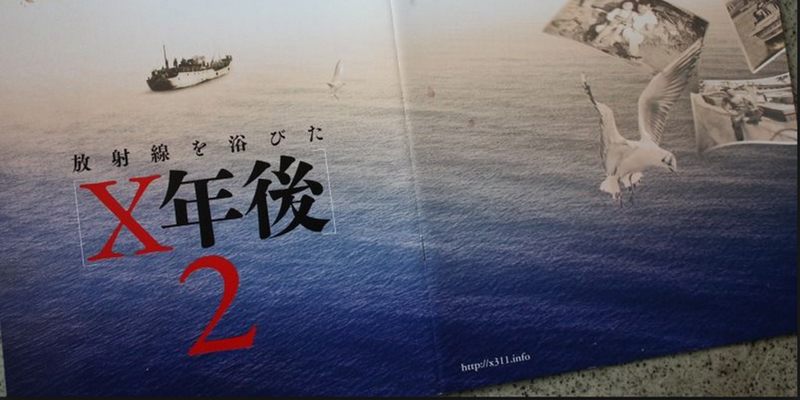 This is the first time this Japanese documentary has been shown in the U.S. The film tells the story of US hydrogen bomb tests in 1954 in the Pacific region and explores how the lives of Japanese tuna fishermen were altered because of exposure to radiation.

This is a small private showing for a maximum of 25 people and Hideaki Ito, the director of the film, will give a talk following the screening. Seating is limited so if you are interested in seeing it, sign up a.s.a.p. Dutch movie with subtitles; screening at the Patterson Theatre (Creative Alliance) in Baltimore. A heart-warming story of young refugee kids adapting to life in a new country (the Netherlands) under the guidance of a wonderful, caring teacher.

Baltimore-Rotterdam Sister City Committee will serve yummy Dutch-style stroopwafels to the audience that are made by refugees working at Stroopies.com in Lancaster.

Reviews in NY Times & The Guardian

Maryland Global Gala is an annual celebration of Maryland’s significant contribution to the world economy. It brings together our vibrant international business community to learn, sample food and drinks from Baltimore’s top international restaurants and breweries, experience multicultural entertainment, and network with leaders from across Maryland’s international community. The event is hosted by World Trade Center Institute (WTCI).

Baltimore Sister Cities will have a booth at this event with delicious treats from our sister cities. Stop by and say hi! Join us for the Baltimore premiere of the award-winning docudrama The Sultan and the Saint. It will be screened at the Church of the Nativity and Holy Comforter in Baltimore. The Baltimore Luxor Alexandria (Egypt) Sister City Committee (BLASCC) is a co-sponsor of this film. The docudrama, which was primarily shot in Baltimore, is part of an important and timely conversation about Islam and Christianity.

The Sultan and The Saint tells one of the great, lost stories from history. Set in The Crusades, a past period of East-West conflict, it speaks with urgency to our present. Two men of faith, one an itinerant Christian preacher (Francis of Assisi), the other the ruler of a Muslim Empire (the Sultan of Egypt), bucked a century of war, distrust, and insidious propaganda in a search for mutual respect and common ground. The film features interviews with renowned scholars, historians, and religious leaders.

Parents please note: The film contains some scenes of violence and may not be appropriate for children under 12. Please use your own discretion.

Learn more about the movie and watch the movie trailer: www.sultanandthesaintfilm.com

C. AMENDMENTS TO OUR BYLAWS

The BSC, Inc. Board is submitting for approval by the membership 3 amendments to the Bylaws that will help the organization function more smoothly and efficiently:

BE IT RESOLVED, that Articles 3.1.c. and 3.2 of the bylaws of Baltimore Sister Cities, Inc. are hereby amended in their entirety as follows.

ARTICLE 3.1.c. Corporate. Corporate membership is granted to non‐profit and for‐profit corporations, institutions and organizations that pay corporate annual dues. Corporate members may designate the Corporation or one of the Sister City Committees as their committee of primary membership. They do not have voting rights.

Introduction to 2nd amendment: This amendment outlines the formation and role of an International Advisory Council, made up of representatives from the business and higher education communities with expertise in international cooperation and trade; the Board expects that having such a council will benefit BSC Inc as a whole, but also individual committees.

BE IT RESOLVED, that the bylaws of Baltimore Sister Cities, Inc. are hereby amended by inserting a new Article 7 to read in its entirety as follows. Subsequent articles of said bylaws will be renumbered accordingly.

3. Option to Vote by Proxy amendment

Introduction to 3rd amendment: This amendment opens up the possibility of voting by proxy in BSC Inc.’s general membership meeting, as well as in meetings of the Board and individual Sister City Committees, but only on decision items that have been shared ahead of time. Note that this will make it easier to hold elections and make other important decisions such as future changes in the Bylaws, but that most decisions, such as short‐term planning, task assignments, and motions submitted during meetings, will still require the regular quorum of people participating in the meeting itself, in person or by conference call.

BE IT RESOLVED, that the bylaws of Baltimore Sister Cities, Inc. are hereby amended by inserting into the re‐numbered Article 8 (“MEETINGS OF THE CORPORATION, BOARD, AND COMMITTEES”) a new Article 8.5 to read in its entirety as follows. Subsequent (sub)articles of the new Article 8 will be renumbered accordingly.

8.5. Voting by Proxy. Members who cannot be present in person may submit a proxy ballot for votes in meetings of the Board, Committees, or Membership, provided the proxy ballot has been submitted in advance of the meeting and is clearly marked with the member’s name, matter under consideration, and vote cast. For all votes cast by proxy ballot, members casting such votes shall be counted towards the quorum required to transact the business to which the vote pertains.

Below is the list of nominees. These nominations were made by the sister city committees and other organizations represented on our BSC, Inc. board. Opposing nominations, if desired, can be made at the January 12, 2018 annual meeting.

Directors of the Board

Note: other people for the board (such as Shawn Burman – new Treasurer, Hosea Chew, Danielle Nekimken, and Nicholas Dinunizio – new Secretary) do not represent organizations that are spelled out in the bylaws. The only way to bring them on as Directors is for the board to co-opt them; they cannot be brought on through our elections. Therefore they are not included in the  list above for the Jan 12, 2018 meeting. Also note that BSC Officer positions (Chair, Vice-Chair, Treasurer, Secretary) will be elected in the January 24, 2018 BSC Board meeting.

The Baltimore-Rotterdam Sister City Partnership: Kathie diStefano (from Rotterdam in the Netherlands) and Rodette Jones (Filbert Street Community Garden in Baltimore) will talk trash and how to do composting — to make your garden flourish!

Snacks will be served at the beginning of the event. Light supper near the end of the event. And we’ll recycle our trash at the end!

Test page for testing by SB and RS

Note: The image is way too big. I tried adding this code to the input tag (the input that is type=image): width=”147″ height=”47″ but it does not work. No matter what, the WordPress page template stretches the button image to be full width of the page (then page template obeys the height attribute but not the width attribute). I assume that when we put this button into the footer, it won’t have that issue, because the footer uses a different CSS layout than the page body. Come out and enjoy the beautiful scenery at Cylburn Arboretum for this special Japan-themed event featuring: Book talks and book signings by 3 well-known local authors, garden strolls, bonsai displays, Japanese refrehments, gifts for sale, and much more! Cylburn Arboretum is a 200-acre urban oasis in Baltimore City. This is a family-friendly event; everyone is welcome.

This event is sold out.

The 2017 program includes a catered reception, a local address by Secretary Wobensmith & discussion, and a nationwide webcast featuring Ambassador Rice. Check-in & refreshments begin at 5:30pm. The national webcast will be from 7:00 to 8:00pm. Baltimore event organized by the Baltimore-Xiamen Sister City Committee. National webcast organized by the National Committee on U.S.- China Relations.